Don’t Let Anyone Take That (VALUE) From You

How To Retain Your VALUE

“Don’t let anyone take that from you.”

Those were the words of advice to me from my dear Grandmother on my graduation day from Kansas State University (go Wildcats!) with a degree in Mechanical Engineering. With my fresh-faced naïveté, I replied “um, ok, I won’t.”

I wasn’t really sure what she meant. I wondered why or how anyone would take a piece of paper away, the testament of my achievement. I brushed it off and went on with the celebration.

It wasn’t until years later that I recalled this story and it’s importance to team members and team leaders. This week I was feeling particularly reflective because my Grandma’s 91st birthday would have been Tuesday.

Her Influence And Value In My Life

She was an only child of an Iowa farming family, nearly 6 feet tall, and a force to be reckoned with. Her dad loved that she was so tall.  He’d even stand a little less straight in pictures to show off her height and put the basketball hoop on the barn for her.

Grandma went to college and earned a Bachelor’s and Master’s degree: a rare accomplishment for a woman then. She married her soul mate, a man who could love her fire and had fire of his own, and died within three months of each other after nearly 60 years of marriage. 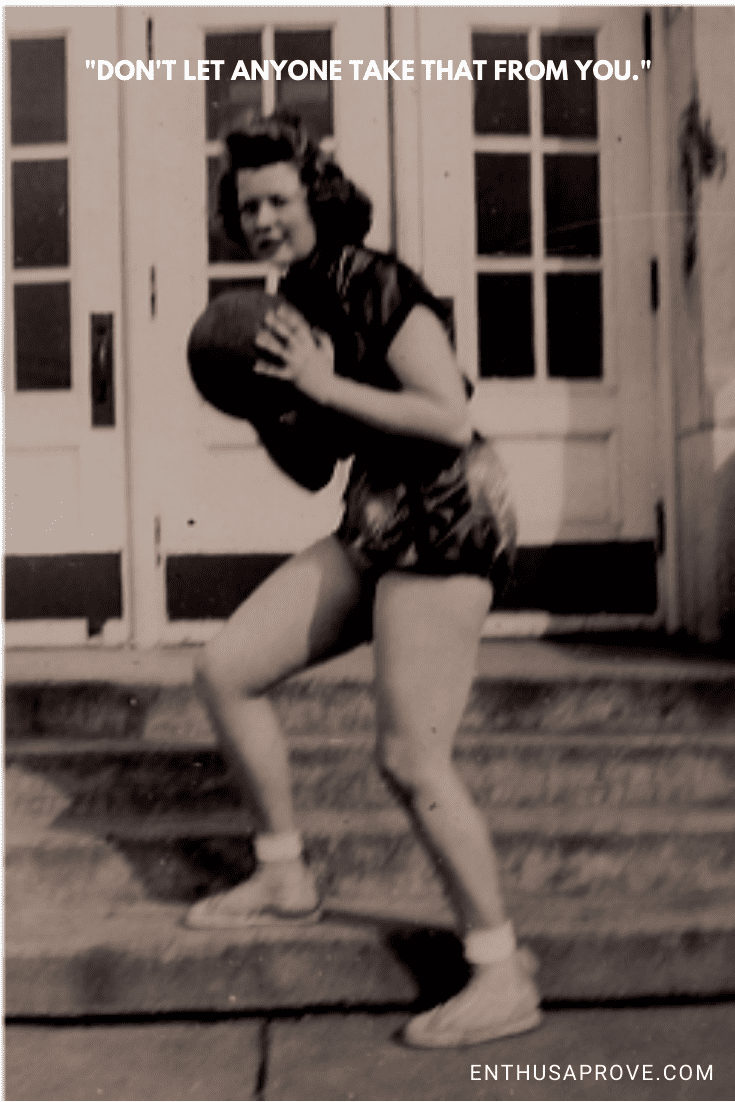 When she raised her pointing finger that day to impart her wise words to my the uber-confident, newly graduated self, I thought she was talking about someone taking the paper or claiming that I hadn’t really graduated.  I couldn’t fit that possibility in my head.  (One of the many reasons that age brings wisdom…experience.)  My Grandma was referring to people taking away my capability by not believing my accomplishments or talents.

What I Learned About Value

As my professional career began, more ‘seasoned’ team leaders would look at me, the young, female engineer from Kansas, without all the wear and tear of what they’d been through, and wonder…

“What can she offer…she doesn’t have this or that experience or qualification or whatever. We don’t need to listen to her.” There it was…exactly what Grandma was preparing me for.

I’d like to say I recognized it. Some days I have bravely defied what those coworkers said (and accomplished exciting things). Other days I’ve thought… “They might just be right,” and hung my head (to the detriment of my productivity).

What Does This Mean For You?

How are you discrediting the value of each team member’s skills and talents?

I believe many of us do this unintentionally. The ones that are intentionally holding others down to make themselves look good are not readers of this blog.

You are a leader that wants to get better, to grow your team into a cohesive unit that works well together and creates something amazing.  Even great leaders can fall into this thought pattern.  So, what do we do about it?

I offer a story where I followed Grandma’s advice by living it for another.

Many years back I was working with a mathematician on a process improvement project. As an advisor to the project, I could see that he was putting himself into the backseat. I asked him about it. He said he didn’t see how his math skills related to this engineering project.

In a moment of clarity of which Grandma would have been proud, I suggested how I saw his qualifications as a huge asset to the team. Why? Because his methodical nature of working through problems along with his outsider view to see the problems in a different light, (his innate value) would be a benefit for the team.

This would open the door for his skills in logic and mathematical rigor to shine.  As I shared my view of how I saw the connection between his skills and value he could provide to the team, his eyes and his motivation grew. I could tell that this thought had not occurred to him in the slightest.

He had seen his contribution too narrowly. He didn’t see calculations to be made and therefore he was extra weight on the team (talk about a de-motivator).

After that conversation, I saw his outlook change completely.  He became a standout team member, and went on to advise other teams in years to come with the confidence he gained through his experience on that team.

By taking that moment to take the skills and talents I saw in someone else and connect them to what the team needs, it completely changed the outcome for this mathematician and the team.  I think this would have been the proactive version of Grandma’s advice.  I didn’t take away from him; I was able to build him up.

Team Members: “Don’t let anyone take that from you.”

Just like my mathematician friend, your abilities contribute value to a team, you may just not see it. As you work on your team and your projects, remember Grandma! No one can take your experiences, talents, skills, achievements away from you unless you let them. 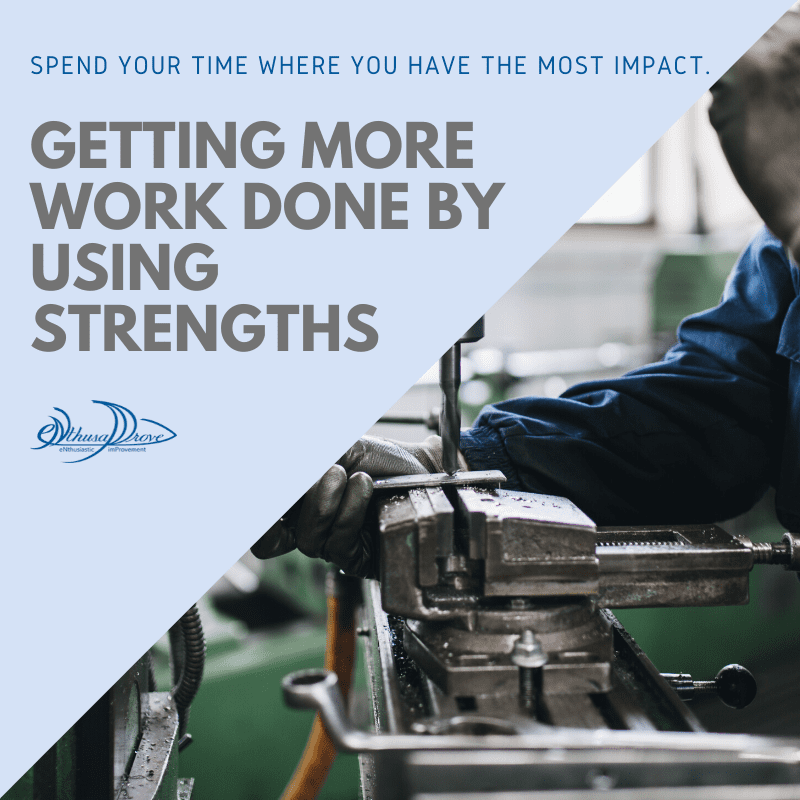 Get clarity by defining what those things are for you.  I created a course called, Getting More Work Done by Using Your Strengths. This course is a reflective take on what makes you unique and where you can shine.  For readers of this blog, I’m offering 30% off the course with the code GRANDMA.

When you know your sweet spot, where you contribute amazing value, it’s a confidence builder and a refuge when situations make it tough to believe.

Team Leaders: “Don’t take that away from them.”

You have the ability to build up and take down members of your team. Your beliefs about the team, the mission, their ability to achieve all directly affect the way you treat them. This WILL affect the results of the project.

Your job as a leader is to enable joy and engage excellence. It gets much harder when your beliefs that your team isn’t enough come through in your daily interactions. It will become a self-fulfilling prophecy.

Conversely, when you build a team that sees their connection to the mission and the team, how they can create value, and your willingness to ensure that value gets contributed to the mission, you will find a team engaged and in wide-eyed pursuit of greatness. That can only be done by piling up the talents you have, not focusing on what you think they don’t have.

My understanding of my Grandma’s advice came too late, unfortunately. Oh, how I wish I could sit in her living room and ask her for insight into what she was thinking when she shared her advice (and a hundred other things).

She was a truly wise leader, though many may not have thought of her in that way.  I’m sure there were a few times that she was treated as less than the extremely capable woman she was.

It often isn’t enough to say “I’ll change and do better next time.” We need tools and practiced responses to take a different path than we have before.  If you need the confidence to know your sweet spot, I have a resource for you: Getting More Work Done by Using Your Strengths.  It is a course to reflect on how your skills, experiences, and talents come together.  Readers of this blog can get 30% off with the code GRANDMA.

If you need some help leading your team in a way that ‘won’t take it away from them’, we have a resource for you… Paul’s second book on an approach to leading project teams that lays out a clear approach to enable joy and engage excellence is Now AVAILABLE for Purchase on Amazon! 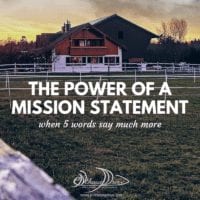 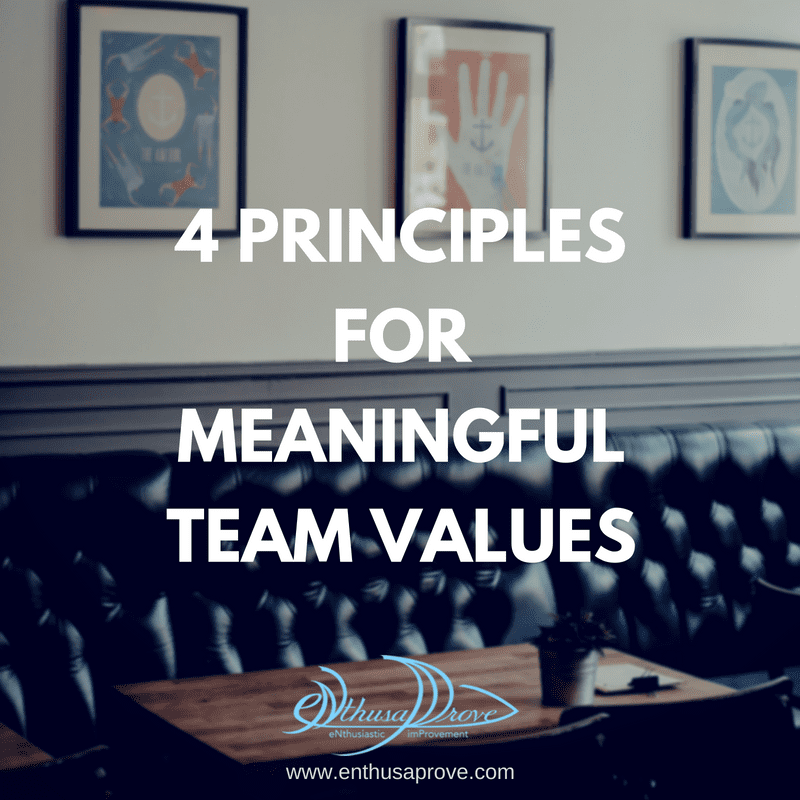